The Gift of New Life 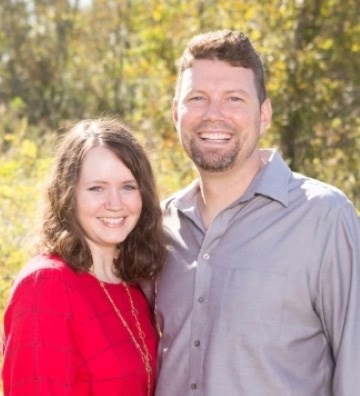 As a teenager, Keith had no idea how his life would radically change as a result of growing up at Texas Baptist Children’s Home (TBCH). He had so many questions. If there is a God, why would I be here and not with my family? Now grown, Keith can see exactly how the Lord used years of wrestling with his faith and the support system he found at TBCH to mold and shape him into the man he is today.

Keith’s parents divorced when he was 8 years old and he went to live with his father. His dad remarried and, shortly after, the family experienced a series of hardships that put a strain on their relationship with Keith. Eventually, his stepmother presented his father with an ultimatum.

Either Keith goes or I go.

In the fall of 1996, just before his freshman year of high school, Keith arrived at Texas Baptist Children’s Home for a “trial run” to see how he would do in the Campus Life program. His trial run turned into a permanent placement as his family moved on without him.

“I was thrust into this community living situation that I was not used to,” Keith vividly recalls. “My experience at first was very rocky.” Outwardly, he tried really hard to put on a brave face, but inwardly he was struggling. In the beginning, Keith was picked on by the other boys, but the tables quickly turned. At first he was shy, but his shyness morphed into fear, which then escalated into anger. Keith’s rebellious behavior got him into his fair share of trouble, but ultimately the direction he received from his house parents and the TBCH staff helped him to develop a trusting relationship with them. Former TBCH Executive Director Keith Dyer was one who really cared for Keith and encouraged him through the difficult times.

“I know Christ had his hand on my life as I went through living with my dad and then life at TBCH,” Keith thankfully remembers. “God put amazing Christian men in my life to help shape me.”

When his journey began at TBCH, Keith didn’t have a relationship with Jesus and a string of bad church-going experiences had left him with a negative outlook toward Christians. As Keith was wrapping up his senior year of high school and in the midst of anger, frustration, and fear of his situation, he could feel the Lord tugging at his heart. “I was familiar with Christianity, but it was only because I was afraid of hell,” Keith explains. “When I first attended church with TBCH, I was just going through the motions, but it was a sermon on Christ’s ability to heal that hit me like a ton of bricks.”

As a teenager, Keith placed his trust in Christ and began what would be a long, personal journey toward healing. For the first time in his life, Keith felt fully known and loved by God. While this didn’t make the pain of his past disappear, it did give him confidence that the Lord was in control and that He would use it all for good.

At the same church where he came to know Jesus, Keith was introduced to Rachel. She became the love of his life and they were married in 2004. Early in their marriage, Keith began working at a boys’ ranch, where he had the opportunity to invest in the lives of young men who came from difficult circumstances … much like his own. As he spent time with the boys and counseled them, Keith was able to see how God used the hurt and adversity of his past for good. His prior suffering was an instrumental tool in ministering to boys who felt alone in their circumstances.

After their season at the boys’ ranch, Keith and Rachel started a family with the birth of their daughter in 2007, and then their two sons in the years following. Because of the healthy parental examples set for him by his loving house parents and the staff at TBCH, Keith is able to care for his children in a way that was unfamiliar to him growing up.

“From the worldly perspective, it could appear that I got the short end of the stick, being at a children’s home. But looking at my life now, 20-25 years later, it’s hard to ignore what God can orchestrate with our circumstances.”

Because of the healing and restoration that the Lord brought to his life during his time at TBCH, Keith is a firm believer that “… all things God works for the good of those who love him, who have been called according to his purpose.”Romans 8:28 (NIV)

[Photo Inset] Keith lives in San Antonio with his beautiful wife and three children. He served many years in the Coast Guard and works as an Emergency Preparedness and Security Professional for Marathon Oil.