A Second Chance at Hope 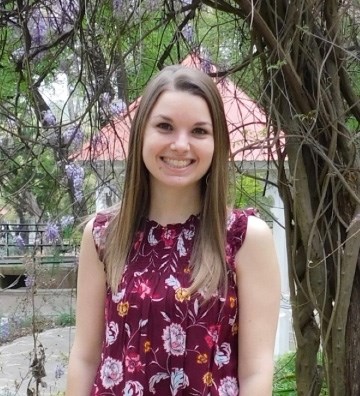 Her mother’s love affair with drugs and alcohol created an unstable childhood for Alaina. Not knowing anything different, she fell into the same self-destructive patterns that had been modeled for her. She partied hard during her teenage years until finding out she was pregnant at the young age of 19. The news of a baby on the way forced Alaina to reevaluate the reckless lifestyle she had been living. When Rihana was born, Alaina knew that this baby meant her life needed to change.

However, the father of her child didn’t seem fazed by it, nor did he see the need to change their lifestyle. Despite Alaina’s best efforts, she and her boyfriend slipped back into their old habits. Two years later, when she gave birth to their second child, Aidyn, reality finally settled in for Alaina. As a parent of two young children, she was suddenly overwhelmed by the possibility that she could be raising her kids alone. Knowing that she wasn’t able to rely on her boyfriend for support, Alaina was desperate for help.

She felt utterly hopeless … until her sister told her about TBCH. After applying to the Family Care program and going through the initial interviews, she and the kids were able to move into a cottage on campus. However, it was difficult for her to adjust from the chaotic lifestyle she’d always known to the structured and stable environment of life in a Family Care cottage. She struggled to keep up and wondered if this was really the place for her. During this time, she also began attending church and the father of her kids occasionally joined her. After rekindling their relationship, they decided to get married and Alaina left the Family Care program in order to move in with him.

After their first year of marriage, Alaina found herself in a deeply tumultuous relationship, carrying the financial burden of her husband’s bad habits. She was buried in debt and seemingly raising their kids on her own, even though they all lived together. Knowing what it was like to grow up with inadequate role models, she wanted to spare her kids from this type of lifestyle. As a mom, she wanted her kids to know the stability that she had lacked in her own childhood. More than anything, she wanted their futures to be bright and promising.

In need of a fresh start, Alaina was planning to uproot her kids and move nearly two hours away to be closer to family when she received an email from a counselor at TBCH. “She was offering me counseling services as a previous client,” Alaina explains. She knew that this was something she needed.

Alaina began meeting with the counselor on a regular basis and, as she began to grow and make progress toward her goals, the counselor invited Alaina to reapply to the Family Care program again. Having already left the program once, Alaina was skeptical that she would be given a second chance.

But the Lord knew that she was ready for it this time.

She reapplied to the program and – much to her surprise – she was accepted. Thankful to have a safe place where her family could heal from the difficulties of the past few years, Alaina decided she wanted to make the most of this second chance. She was determined to turn her life around. Now, she was ready to embrace everything that the Family Care program had to offer.

“The support I received from the staff and my Family Life Coordinators made it possible,” she remembers. “My house mom worked with me to establish a plan for what I wanted to accomplish in my time there and helped me work towards my goals.” Together, they created a budget for Alaina and outlined key steps that would help her move toward achieving those goals.

Weekly counseling sessions equipped Alaina with the wisdom she needed to set boundaries and know how to care for her kids in the best way. While her marriage ended in divorce, she knew how important it was for Rihana and Aidyn to have a relationship with their biological father. With healthy boundaries in place, her kids have been able to see their father on a regular basis and maintain a relationship with him.

As she continued meet her goals, Alaina transitioned from Family Care to Independent Living, where she was able to build her savings account, work full-time, and start taking classes to work toward her nursing degree. She graduated from the Independent Living program in October 2018 and continues to implement the positive habits she learned into her everyday life. “I came a long way in my time there. I was able to rebuild myself into a stronger person after being knocked down so many times,” Alaina says. “I believe God had bigger and better plans for me, and I am so thankful for the provision He’s had in my life.”

In 2018, Alaina began dating Cesar. They met through their workplace and were very close friends for five years before they began dating. Cesar was one of the first men in her life to demonstrate to Alaina what it was like to be treated with love and respect. What began as a sweet friendship grew into a loving and healthy relationship that recently became an engagement! We are so excited to see what the Lord has in store for Alaina and her family!